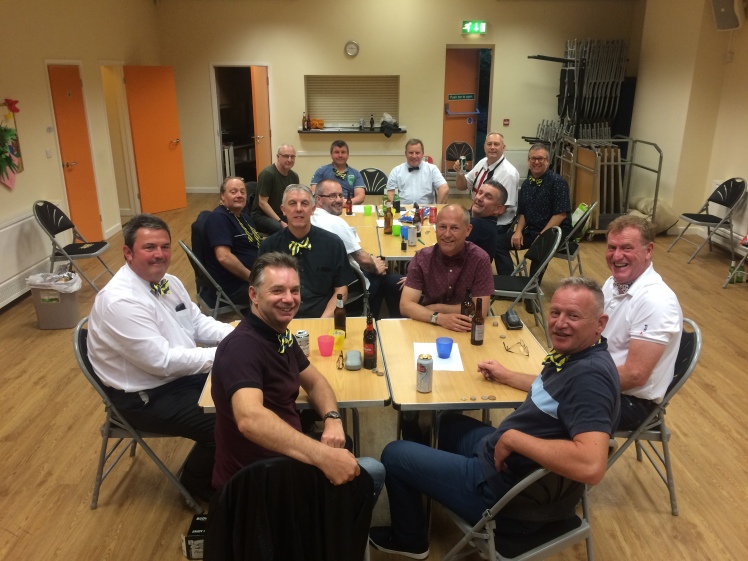 Friday 8th June 2018 brought a new tournament to the PGS calendar, a new format in the form of an ‘Invitational’ event and a new venue !

Most importantly, more funds were raised for our designated charity, Penkridge First Responders ! Thanks to the many fines for etiquette discrepancies, timeliness and state of dress, the charity received many contributions from the participants.

Unfortunately, for some hopeful participants, the winner was far from ‘new‘ – a seasoned campaigner who may argue that legendary status is worthy of consideration in years to come. The discreet wink during play was the only possible sign of gloating until the end of the tournament when full scale celebrations and smiles on his distinguished face was only the start of his unique way of reminding other players of his prowess.
More descriptions of his performance later…. 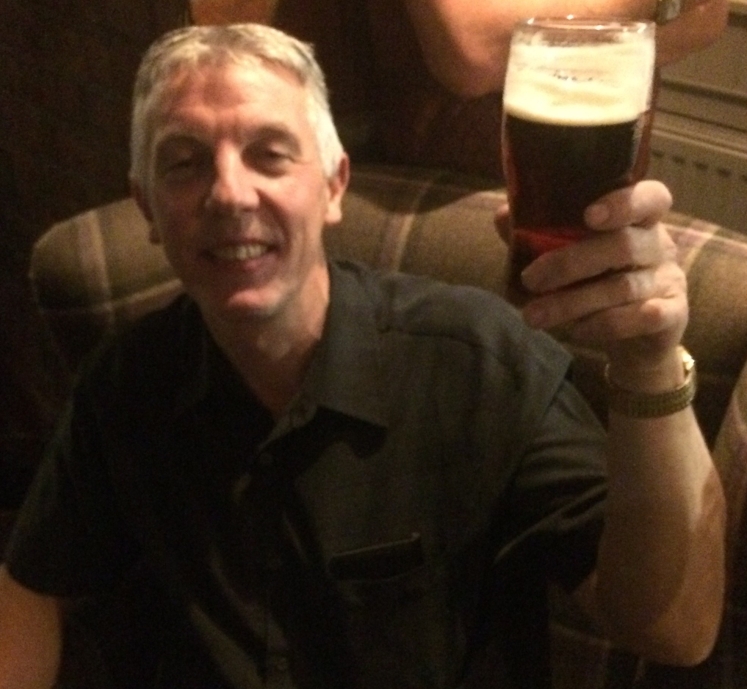 The venue turned out to be ideal for the event (well done Chairman) with self provided drinks and snacks. The evening started off with much general sipping and with the planned later meal, the frequent calls for drinks  to be raised (particularly by Mr Archer) was fulfilled with much gusto. Little did we know at that point, that the meal would fall a long way by the wayside, causing a few casualties later that night, into the morning and for some into the afternoon and evening of the 9th June !
An empty stomach topped with fine ale is certainly a schoolboy error, well short of the behaviour of usually upstanding gentlemen of Penkridge. ‘Upstanding’…some were not…..

Onto the participants…. and with 5 debutantes invited to this new format of event and with 11 regular members, the initial schools were 3 tables of 5. Mr Hampton arrived fashionably late to join school B with an average score after 2 rounds and Mr Adams (bow tie less) arrived even later to join the contest on the wooden spoon table.

After 5 rounds, the cream of each school rose to top, enabling a final table to consist of Messrs. Bickford, Foster, Laughland and Southan along with, not 1, but 2 newcomers in the form of Messrs. Newman and Williams…. a fine display despite their fledgling status.

We cannot leave the first round there, without recording here possibly the worst performance in the history of PGS. School B saw Mr Hawkins in the final head to head not once, but in all 5 rounds scoring zero in every round until the 5th game. The fact that 4 of these head to heads were against the same player, does not say much either for Mr Harrison Junior’s performance. A clean sweep of zero scores was, in the end, narrowly avoided by Mr Hawkins, which was met with an expletive laden gloat that incurred a double fine (Editors note: ‘well worth it !’)

The remaining 10 players (with the newcomers of Mr Clarke, Mr Downton and Mr Selwood) made up a wooden spoon contest whereby one mass game was run to find the lowest scoring player after just one game. With the 10 player format and only one game resulting in a little bit of a lottery, it meant that the unfortunate recipient of the title of Wooden Spoon winner was… Mr Downton, who was beaten by Mr Adams in the head to head.
(Editors note: Mr Hawkins was first to leave this game with 10 points… so recorded an overall 7th place in the tournament, a creditable performance)

The Final Table…… a distinguished gathering of Spoofers…….
With 6 games to play, to ensure consistency of starting each round, the final began with Mr Laughland off to a flying start and leading at the halfway point with 13 points from 3 games – 2 points clear of 3 other players.
Mr Southan and Mr Williams were already well off the pace and ultimately paid the price for a sluggish start and finished in joint last places.
Into the last 3 games, all was to play for… but 11 points from the available 12 (in games 4 and 5) gave newcomer, Mr Newman a virtually unassailable lead, going into the last round with a lead of 5 points.  The mathematicians quickly calculated the permutations and only a score of 6 points in the final game coupled with a zero by Mr Newman could result in a different outcome. Surely a defeat could not be grasped from the jaws of victory ??
The final game began and Mr Foster pulled a dramatic score of 6 out of the bag and sat back with that knowing wink in his eye,  to spectate and wait to see if the required set of results would give him victory. A sudden gathering of spectators, respectfully cheering on Mr Newman, were willing him to secure those 2 valuable points.
The 5 points went to Mr Laughland (22) – 4 points to Mr Bickford (21) – 3 points to Mr Williams (16) and the final head to head was therefore between Mr Southan and Mr Newman. Mr Foster sat back …..once more winking…. Mr Newman….beads of perspiration forming, as defeat seemed to be inevitable in this final calamitous round.
The phrase ‘virtually unassailable lead’ has never provoked such a change of mood from certain members who were willing the newcomer to take the victory to the point where Mr Southan took 2 points (16) and Mr Newman finished on 22 points.
A fine victory from the current Annual Champion, Mr Foster, provoking hours of self adulation and self gratification that was generally very well received by most !