A visit to the city of Cardiff to celebrate the arrival of a New Spoof Year, resulted in a New Year’s Eve game between several members (and 1 son of ) which was later christened ‘The Welsh Open’

After a full round of eliminations  ( the young pretender fell at the first )  the winner was Mr Harrison Junior who thanked the gathered crowd for a fine end to 2017 and best wishes for the New Year. 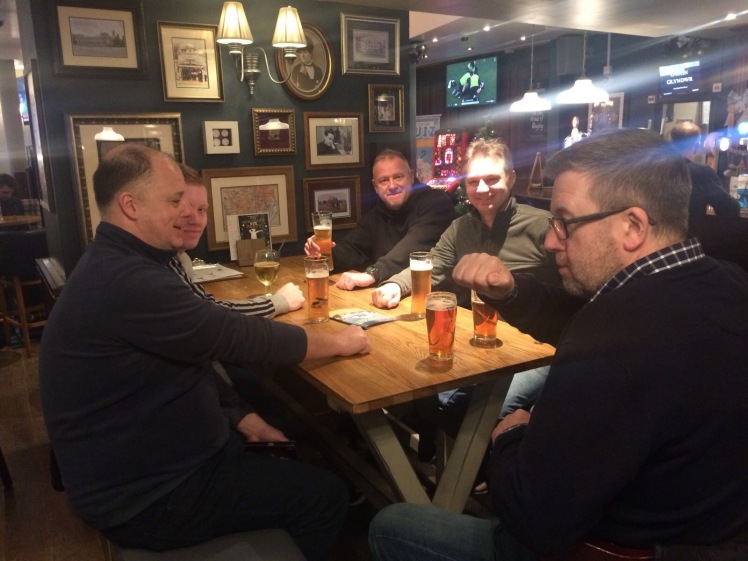